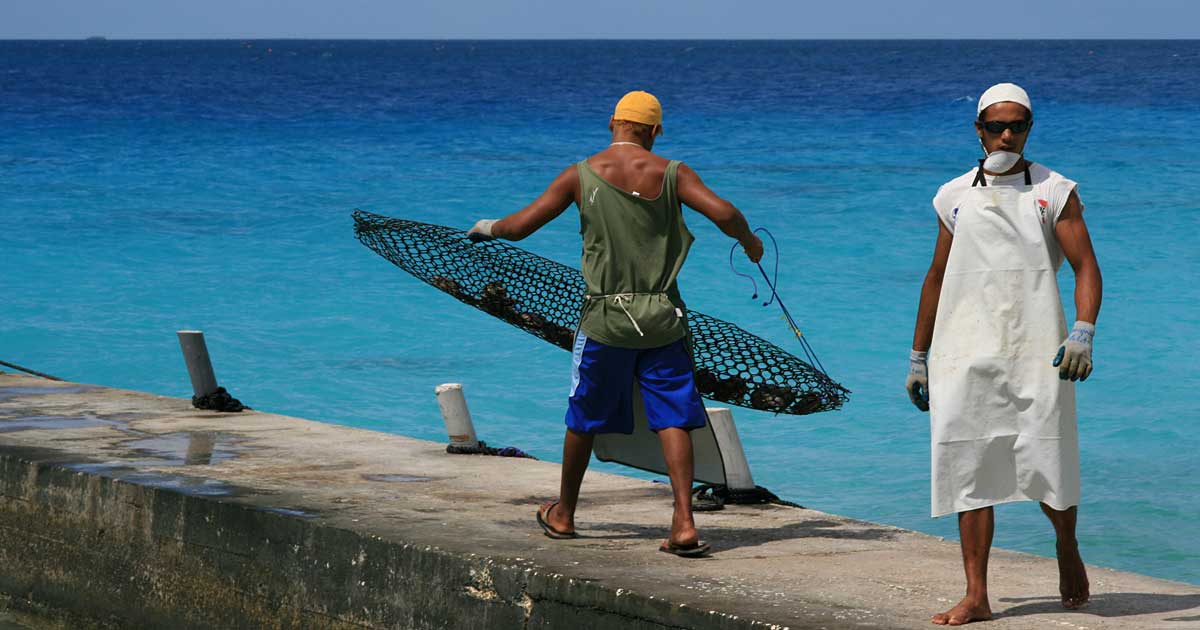 Pearl jewelry is more than just a beautiful and collectible object; it offers the person who wears pearls the chance to travel the world without ever leaving the comfort of her home. A single pearl necklace represents the beauty and diversity of our planet, including some of the most exotic destinations where pearls are cultivated. When you give a pearl necklace to your loved one, you're symbolically offering her the world.

One of the most exciting things about wearing pearl jewelry is knowing that pearls are sourced from some of the most exotic and remote places in the world. Even if you never get to visit those destinations yourself, you can still feel connected to them, knowing that your jewelry came from a far-off land with unique traditions probably very different from your own. From a single pearl necklace, you can get a major dose of culture.

The next time you're giving a personalized pearl necklace, you can make it even more meaningful by explaining to the recipient where her pearls originated. Imagine being able to tell her that pearl farmers in a tranquil Japanese bayside town tended to the oysters daily for more than two years, while the pearls formed within those mollusks.

In this blog post, we're going to take you to some of the places where pearls are harvested, so you can learn more about these distant destinations and appreciate them thoroughly. Perhaps you'll even want to make your next milestone jewelry gift purchase based on the pearl's origin!

Today, natural pearls are extremely rare, so the majority of pearls available on the market today are cultured. Only one in 10,000 oysters will produce a natural pearl; of those, only a very small percentage of those pearls will be gem quality. Furthermore, overharvesting of pearls in the 18th and 19th centuries led to the destruction of many natural pearl beds. While we love exploring where natural saltwater pearls are found, the truth is that they're not as common as they once were.

Did you know that most natural pearls, when they still were being harvested, were mostly harvested from one specific place? The Arabian Gulf was the world's first source of natural pearls and remained that way until approximately the 1950s; in fact, during that time, 70-80% of all pearls came from this location.

Before oil, the inhabitants of the Arabian Gulf economically depended on the North American and European demand for pearls, and pearl diving was a lucrative job during the summer months. Young men from port towns like Manama, Doha, Dubai and Abu Dhabi would depart on pearling boats to the coastal banks where the pearls could be found.

These natural saltwater pearls were harvested from two species of oysters: the Pinctada radiata and Pinctada margaritifera. According to one article from the GIA, they are also known as "oriental pearls" and "are notable for their transparent and high-luster nacre." Persian Gulf pearls range in color from white to dark cream and tend to be more yellow than other natural saltwater pearls.

Natural saltwater pearls have also been found in the Red Sea and the Strait of Manaar, and these pearls are often light yellow, cream, or very light pink in color. Occasionally, the Red Sea has produced darker-hued pearls. At times, natural saltwater pearls can be found in places like Baja California, Venezuela, and Myanmar, to name a few locations.

As we mentioned earlier, most pearl farmers today cultivate oysters over the course of many years, and the farmer must ensure the oysters remain healthy during that period. When it's time for the pearl to be harvested, the farmer sends the oyster to a harvester who carefully removes the pearl. The most well-known saltwater cultured pearls are Akoya, Tahitian, and South Sea.

Akoya cultured pearls are grown predominantly in Japan. In fact, cultured pearl farming was actually first commercialised in Ago Bay, Japan before it spread throughout the world. A popular tourist destination, Ago Bay is a tranquil getaway that's less than three hours from Tokyo, at the southern tip of the Shima Peninsula. A typical Japanese pearl farm in Ago Bay includes both on-shore and off-shore components, and racks of pearl oysters hang at depths between 30 and 50 feet for a two-year culturing period.

Akoya pearls are grown in the Pinctada fucata (martensii) oyster, a species that doesn't produce large pearls and can't often produce pearls naturally. In addition, these oysters usually don't produce more than two pearls per harvest, which occurs every December. If you've ever seen an Akoya pearl, then you know that they are either white or cream with slight color variations.

To get a better idea of what it's like to be at a Japanese pearl farm, you should check out these amazing photos of Japanese pearl farmers at Sakaguchi Akoya pearl farm in Ago Bay, Japan. For three generations, the family has been farming valuable pearls between 3 and 10mm in diameter.

The Tahitian pearl is another kind of saltwater cultured pearl, and it's grown in the Pinctada margaritifera oyster, which is usually between 6 and 12 inches in diameter and can produce large pearls, ranging in diameter from 8 to 18mm. They're known for their dark hues, including eggplant purple and metallic gray. One reason why Tahitian pearls are so valuable is because they're especially difficult and costly to produce, since the oyster is sensitive to the culturing process.

The Pinctada margaritifera is native to French Polynesia but is also farmed in the Cook Islands, Fiji, Australia, and New Zealand. The pearls get their name from the fact that they are primarily cultivated near the islands surrounding Tahiti, which is the largest island of the Windward group of the Society Islands in French Polynesia. Did you know that the Tahitian pearl is French Polynesia's largest export?

If you've never had the chance to visit French Polynesia, you should know that it encompasses 118 geographically dispersed islands and atolls stretching over more than 1,200 miles in the South Pacific Ocean. However, only 67 of these islands and atolls are inhabited. Most people have heard of Tahiti, which is known for its tourism. If you'd like to get a behind-the-scenes look at what it's like to visit a Tahitian pearl farm and go pearl diving, then you'll want to check out this article from Vogue.

If you thought Tahitian pearl oysters are large, then you'll be extremely impressed by the world's largest pearl oyster, the Pinctada maxima. This oyster can produce South Sea cultured pearls that measure 15mm or bigger. These pearls are sometimes referred to as "golden", and silver, white, and yellow are the most common color variations.

South Sea cultured pearls are farmed in Australia, Burma, the Philippines, and Indonesia. In many cases, the oysters themselves are handpicked from the wild and then cultivated on a farm. The majority of white-colored South Sea pearls are cultured along the northwest coast of Australia, home to the Kimberley and Pilbara regions. This part of the Australian continent is known for its outstanding natural beauty, including a variety of natural attractions like stunning waterfalls and pristine beaches.

On the other hand, golden South Sea pearls are farmed primarily in the Philippines and Indonesia. In the Philippines, most pearls farming activity is located on the island of Palawan. In Indonesia, pearl farming is lucrative business for farmers in the country's remote far east.

The majority of cultured freshwater pearls are produced in China. Generally more affordable than cultured saltwater pearls, freshwater pearls vary widely in color. In terms of size, they tend to be between 2 and 13 mm. However, larger sizes are now becoming more widely available, and the Chinese pearl farmers have been introducing exciting new varieties, including fire balls and soufflés.

In China, the "pearl village" Liusa Village boasts 2541 pearl farms, and output from this one village alone accounts for half of the total pearl output of China. If you'd like to see freshwater pearls being farmed at one of the best pearl farms in China, watch this video.

In all the locations we mentioned, the tradition of pearl farming has seeped into the local culture and become a lifestyle. One article about early pearl divers in the Persian Gulf says, "For the humble men who harvested the pearl, it was much more than an object of beauty; it was a way of life...Even though deep diving was a daily affair, there were many rituals surrounding the practice. One of the most significant was the firing of pistol shots heralding the auspicious find of a large pearl – the sound of which could be heard in far away places on the coast." Could you imagine growing up in a place where pearl farming is the main industry?

At this point, you may be wondering what happens after a pearl is cultivated and harvested. We explain the process in greater detail in our blog post "How a Pearl is Prepared for a Cultured Pearl Necklace". Just because the pearl is harvested from one of these exotic destinations doesn't mean it can be immediately sold to a manufacturer that produces pearl jewelry.

First, the pearl must undergo a comprehensive preparation process, which includes finishing, sorting, drilling, matching, and threading. The pearls have to be cleaned with a special cleaning solution that removes any unwanted residue and enhances their shine. After that, the pearls are sorted by qualities like size, shape, luster, and more to determine their value. Next, the pearls are drilled either all the way through for necklaces and bracelets or partially drilled for earrings. Of all the steps in the process, one of the most time-consuming steps is matching them, so that they can be used together in a piece of jewelry. Finally, they're threaded onto temporary strands to keep them together. At this point, they're ready to be sold as strands to jewelers.

Now that you know more about where pearls are harvested throughout the world, which type of pearl are you most interested in acquiring? Does a cultured pearl necklace mean more to you now than before you read this article? Would you ever travel to visit a pearl farm or even dive for pearls, as was described in Vogue?

← PREVIOUS
How Does the Gemological Institute of America or GIA Grade Pearls?

NEXT →
How a Pearl is Prepared for a Cultured Pearl Necklace 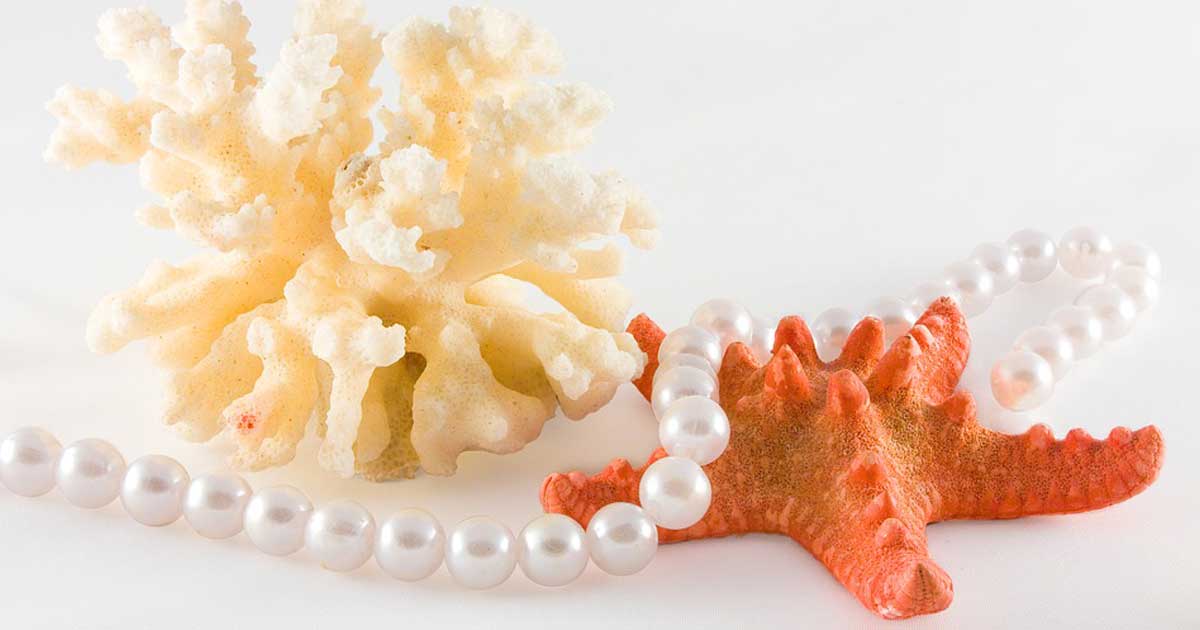