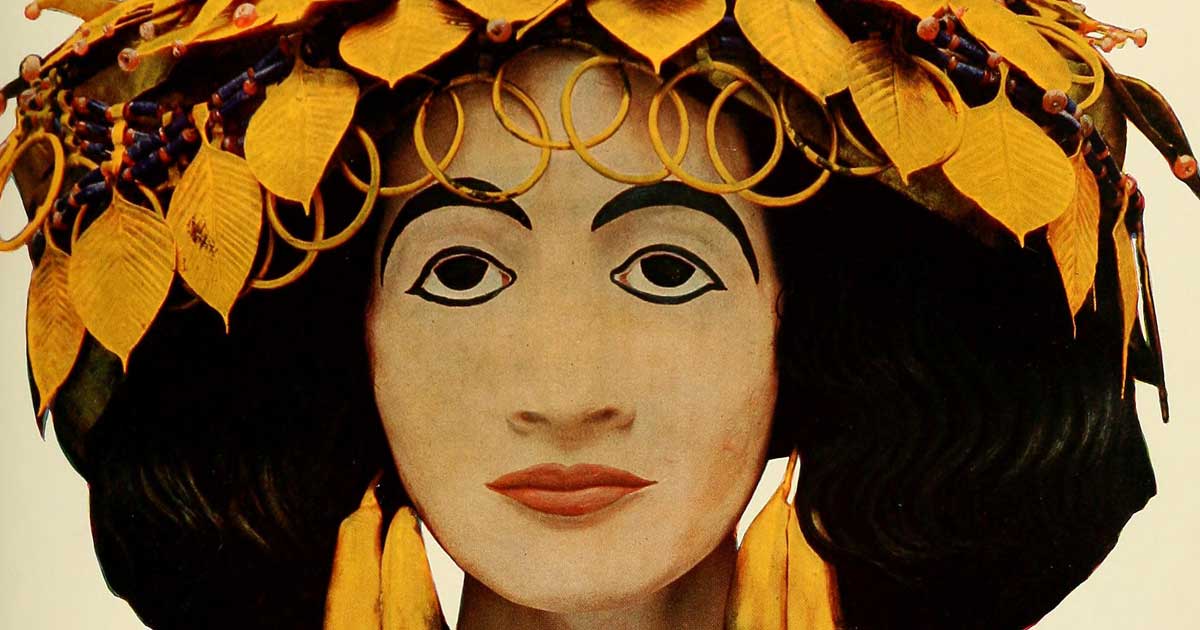 At Add-A-Pearl, we love meaning and symbolism. We believe our Cultured Pearl Starter Necklace can be a meaningful jewelry gift for a daughter, granddaughter, niece, or other special girl or young lady in your life. By giving a gift of an Add-A-Pearl necklace, you’re also giving a gift as precious as the memories it celebrates. You’re creating a unique tradition that can be nurtured over time.

As fascinated as we are by pearls and meaning, we’d also like to explore the symbolism of something related: the circle shape. Many pearls come in circle shapes, some more regular than others, and necklaces are also a circle shape worn around the neck. You may be surprised to discover that this shape has held great significance over the centuries.

Throughout history, the circle has remained a symbolic shape that transcends geography, language, culture, and time. Many people believe that the circle represents concepts like eternity, femininity, wholeness, and the cycle of life. In addition, the sun and the moon, which have captured the devoted attention of scientists, astronauts, poets, astrologers, and many others, are both circles.

Some of the most memorable and powerful symbols are based on circles. For example, a "mandala" is an image that's revered in Hinduism, Buddhism, Islam, and many other cultural and religious traditions. Meaning "circle", the world mandala describes a circular configuration of smaller symbols, and it serves to stimulate the unconscious mind, so the viewer can internalize the image's deeper meaning. Similarly, the labyrinth is an easy-to-recognize symbol that's traditionally depicted in a circular shape. A labyrinth is a series of paths that represent a human being's journey through life on the path toward unity and oneness. Located in the cathedral of Chartre in France, one of the most famous labyrinths is a striking mosaic embedded into the stone floor. Lastly, Yin and Yang is one more example of a meaningful circular symbol. Originating from Ancient Chinese philosophy, Yin and Yang shows that some opposing forces may actually be complementary.

In addition to playing a prominent role in art and culture, circles are present in both fashionable and traditional jewelry styles. Of course, circles are some of the most basic components and building blocks of jewelry: beads, jump rings, clasps, and even the individual parts that make up a chain. The circle is also the basis for many familiar jewelry silhouettes, like the necklace, bracelet, ring, and hoop earrings. Without the circle shape, jewelry design would be very limited and - frankly - very boring. In the following paragraphs, we'd like to share some of our favorite examples of how circles have influenced jewelry design throughout history and how the shape can add extra meaning to a jewelry piece.

From the beginning of the history of jewelry design, circles have played an important role. For example, Pu-abi, a queen-like figure who lived during the 3rd millennium BCE, had an extensive and impressive jewelry collection that featured many circles. Buried with her in her tomb at Ur in Sumer, the collection included pieces like "Huge golden earrings, in the shape of linked, tapered, semitubular circles". (Source) She also wore "a necklace with three rows of semiprecious stones interrupted in the middle by an openwork flower in a gold circle." The featured photograph at the beginning of this blog post shows off Pu-abi's striking pieces, which are divided among museums throughout the world. She must have been a very special and revered woman!

One of the strongest symbolic images in the world, the Evil Eye originated in ancient Greece and Rome but has now been adopted by almost every religion. The almond-shaped eye with a blue circle in the center is a powerful guardian, considered to be a protective amulet against evil. Today, it's often worn in the form of jewelry and is now even a style trend among fashionistas. In early 2019, fashion journalist Leah Harper wrote, "The eye, whose 'pupil; often comes in cobalt blue and is occasionally adorned with eyelashes, has been a recurring motif in fashion over the years...But, more recently, the trend has intensified."

In Celtic culture, many people honor the ancient triskele symbol, also known as the triple spiral or triskelion. As a result, the motif appears in many traditional jewelry designs. The name is derived from the Greek word "Triskeles", which means "three legs", and the symbol features three circular spiral arms that extend out from the center. Often times, the symbol itself is wrapped in a circle. People who study symbols aren't clear on the meaning of the triskele, but they have some guesses: for example the movement of the spirals may represent action or progress. In addition, the three arms may refer to three interconnected values or entities, such as spirit-mind-body.

Did you know that the Native American people communicated their deep spirituality from one generation to another via symbols? As a result, many of these symbols found their way into jewelry, typically made from sterling silver and turquoise. Some of the most powerful symbols featured circles. For example, the "sunface" was a Zuni symbol that represents abundance, stability, and hope. The circular Sun is the center of this motif; within the Sun face is a forehead split in half, to reflect the balance between sunrise and sunset. In addition, the Medicine Wheel is another circular Native American symbol. Also known as the Sacred Hoop, this symbol has been utilized by many Native American tribes to promote healing.

In the body piercing tradition, circles play a prominent role. For many piercings, including septum, belly button, and cartilage, the person usually wears a closed circle hoop to prevent the piercing from snagging on clothing or hair. In the early part of the 2010s, a body piercing trend called earlobe stretching became popular among some young people. Most of us are familiar with regular ear piercing, but earlobe stretching requires a person insert a plug into that piercing so that the hole stretches and becomes a larger circle, eventually requiring larger plugs. The earlobe stretching trend may sound extreme and unsavory, but it's actually derived from revered ancient traditions. Even today, the Maasai people of Africa insert circular wooden plugs into their stretched earlobes as adornment.

Speaking of the Maasai, they are known for their circular motifs in general. Located in Southern Kenya, the Maasai people have been creating beaded jewelry for many centuries. In fact, every woman from this tribe is required to learn the craft. Did you know that unmarried Maasai girls often wear large flat beaded circular discs around their neck when they're dancing? In addition, the traditional Maasai wedding necklace is a circular collar composed of metal rings adorned with tiny, multi-colored glass beads.

In the 16th century, diamond cutters invented new tools and technologies to cut facets into diamonds, paving the way for gem-quality diamonds as we know them today. The first "rose cut" diamonds, as they were called, appeared round when viewed from above. In fact, round was the only faceted diamond shape until the introduction of the old-mine cut and cushion cut in the 1700s. Today, diamonds are available in a number of different shapes, including emerald, princess, oval, marquise, and more. However, the round brilliant is still the most popular, accounting for 75% of diamond sales today. (Source)

Wedding bands are a powerful symbol of eternal commitment, and wedding photographers will often photograph these bands together, one overlapping the other to demonstrate how two people are committing to one another and merging their lives.

Do you know the history of wedding bands? More than 5,000 years ago in Egypt, couples would weave hemp or reeds around their fingers to signify their marital status. Since these ancient Egyptians saw the circle as a symbol of eternity, they wanted the ring to reflect perpetual love.

Romans wore wedding bands made from iron, while the Europeans chose gold. Did you know that Americans didn't start wearing wedding bands until World War II, when men going off to war began rings to remind them of the wives they missed back home? Today, there are many traditions revolving around wedding bands, and they're available in all types of materials - all more stronger and lasting than hemp. One thing remains true: all wedding bands are circular.

Even though pearls come in many shapes, including round, drop, baroque, and others, round is one of the most desirable shapes. In fact, shape is a grading factor in grading pearls (you can learn more about grading pearls by reading our blog post about the subject). For cultured pearls in particular, round is the most rare shape, since it's so difficult to culture. According to this article from the International Gem Society, "Pearls, especially freshwater varieties, can occur in varied and unusual but beautiful shapes. However, soft white lustrous orbs, more commonly found among saltwater pearls, have become an idealized standard." Japanese saltwater cultured pearls are held to the strictest standards for shape, and they're prized for their spherical nature. When it comes to these cultured pearls, roundness is perfection.

Pearls are often strongly associated with the moon, a circle that holds magic and mystery for many people. In fact, in ancient Vedic texts, the pearl is considered to be the daughter of the Moon. Ancient people, who didn't have the technology to measure the moon or examine it closely, only saw a perfect round circle in the sky, and they revered that circle - since it gave them light in the darkness and affected the oceans.

Have you ever thought about sharing the deeper meaning behind some of your meaningful jewelry gifts? When you give your loved one a personalized pearl necklace, for example, you already know that the materials will be treasured and loved for many years to come. However, you can add an extra layer of meaning to your gift by explaining to your loved one the significance of shape and how it might relate to the intentions behind your gift.

The next time you need a gift for a loved one, you can consider giving an Add-A-Pearl Cultured Pearl Starter Necklace. You’ll be able to select your preference for pearl size, chain style, metal type, and number of pearls. Before you know it, you’ll be building a meaningful jewelry gift that she’ll cherish forever. Years from now, she may even decide to give the necklace to a loved one in a future generation, thereby perpetuating the circle of life. 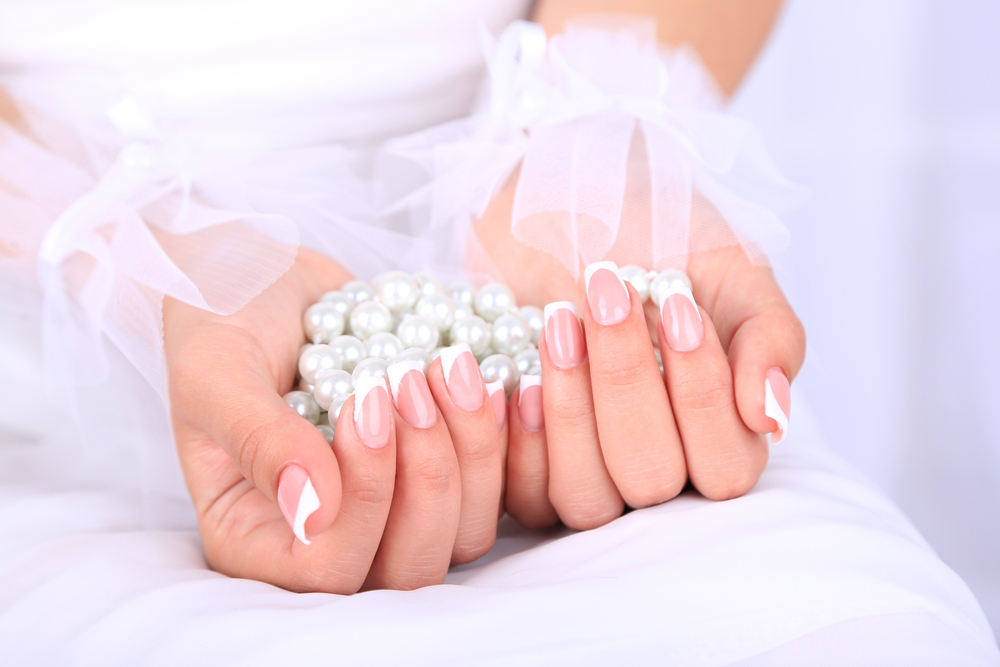 NEXT →
Choosing Between Graduated and Uniform Pearl Necklaces 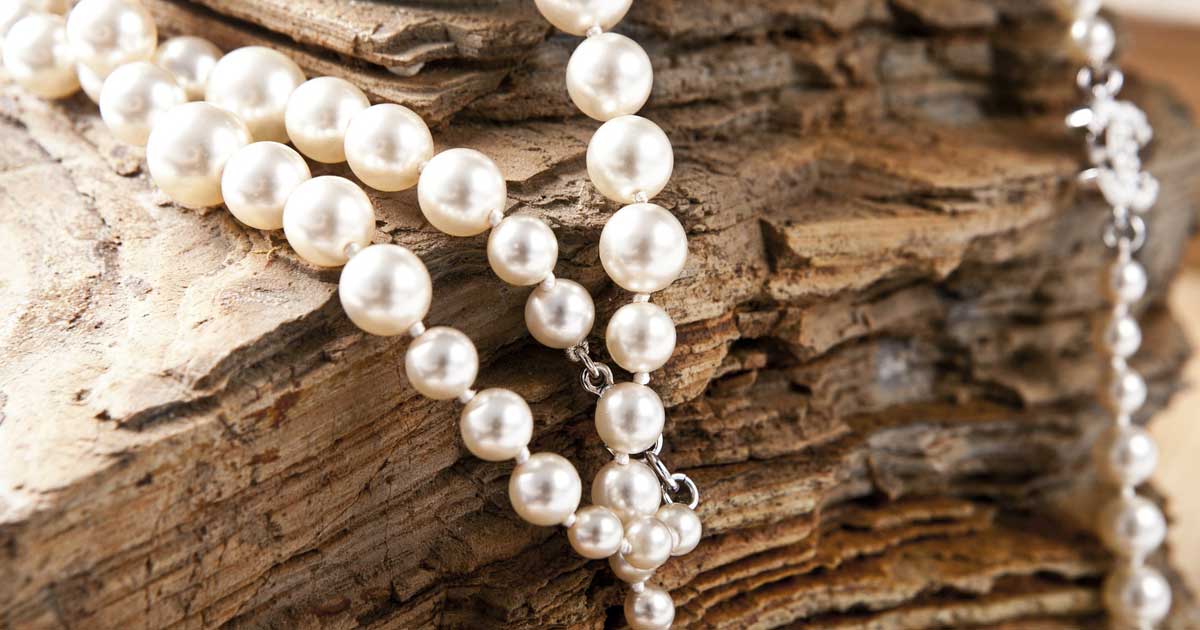