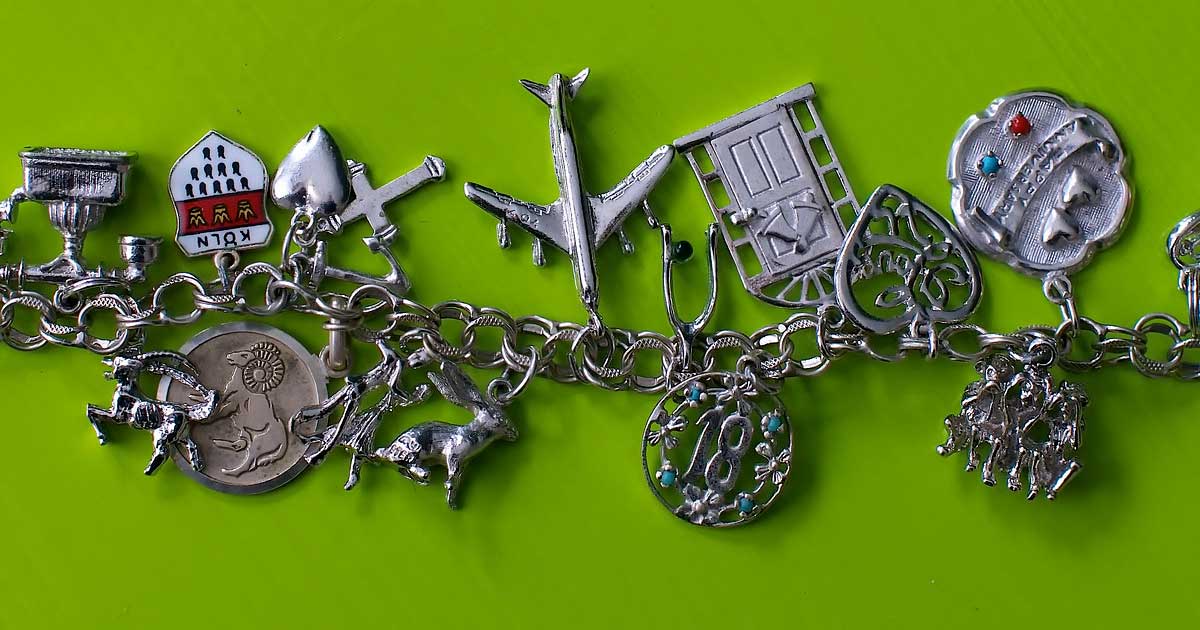 One of the most unique things about the Add-A-Pearl necklace is that it’s "experiential", which means it celebrates a milestone and marks the beginning of a new tradition. From the moment you give this meaningful jewelry piece to your loved one, the personalized pearl necklace becomes inextricably linked to an important experience.

One of the major reasons that people give jewelry is because certain types have become associated with specific milestones and events. As a result, the jewelry signifies much more than the materials of which it's made. In this article, we’re going to discuss some of our favorite examples of experiential jewelry throughout time, from as early as the prehistoric period to the present day.

If you ever went away to summer camp or participated in Scouts, then you’re probably familiar with friendship bracelets, which are commonly made from embroidery floss or Omegacryl yarn. Handcrafted from a series of knots, the bracelets are actually a type of macrame woven in flat or boxy patterns; some of the most common patterns are Candy Stripe and Chevron. Can you remember that, whenever you received a friendship bracelet from a friend, you were expected to wear it until the floss wore thin, or the bracelet fell off of its own accord?

As a child, you probably never considered the origin of these colorful and fun bracelets, but they actually have a fascinating and rich history. Knot-tying as an art originates back to China, as early as 481-221 B.C. Most people attribute the origin of these bracelets to the Native Americans of Central and South America, and they were first introduced into popular American culture in the 1960s and 1970s. A strong example of experiential jewelry, a friendship bracelet is still a fun gift for a young person to give to a close friend.

If you’re not familiar with Victorian-Era fashion and style, then you may not be familiar with the love token, a trend that originated in Great Britain in the early 1800s and then arrived in the U.S. in the mid-to-late 1800s. Love-struck suitors would smooth down both sides of a coin - typically a Liberty Seated dime - and then engrave their loved ones' initials or name or even a unique design on the surface of the coin.

When the suitor went off to sea for a long period of time, he would give his beloved the coin, so she would remember him. While some love tokens were simply held or kept buried in pockets, others were punched with holes and attached to bracelets, pins, necklaces, or watch chains.
Today, well-preserved love tokens are highly collectible; you can search eBay for "love token" if you’re curious to see examples of them or even find one with your own initials. For an in-depth look at love tokens and their history, check out this article from Collectors Weekly, which explains their significance in great detail.

Did you know that people have been wearing charms since prehistoric times? In fact, some of the first charms were made from materials like shells and animal bones, and early humans believed they could ward off evil spirits. Charm bracelets in particular were first worn by Assyrians, Babylonians, Persians, and Hittites between 600 and 400 BC.

In the 1800s, Queen Victoria loved wearing charm bracelets so much that she actually started a fashion trend among the European noble classes. When her beloved husband Prince Albert passed away, she started wearing "mourning" charms and even made those popular. A morbid type of experiential jewelry, mourning charms were typically made from dark materials like onyx or black enamel and sometimes even held relics like locks of hair. Here's a great article about Victorian mourning jewelry, if you're interested in learning more.

After World War II, soldiers returning home to their loved ones brought charms from towns where they had been stationed, and in the 1950s and 60s, teenagers would collect charms to mark important milestones in their lives.

Charm bracelets reached starlet status when Elizabeth Taylor started wearing them. We loved seeing Taylor's gold-and-multi-gem charm bracelet, which was auctioned by Christie’s in December 2011. Of the bracelet, Vanity Fair writes, "...as she got older and more successful, Elizabeth’s charm bracelets became more star-worthy. Everybody was always gifting her with golden mementos—Zeffirelli, for Taming of the Shrew; Burton, for Cleopatra; there was even a Henry VIII gold half-sovereign of 1544. Sweetest yet: a gold ball-shaped locket engraved with the names of Elizabeth’s children."

Although charm bracelets aren't as popular today as they once were, some people still collect charms to commemorate their travels, mark important milestones, celebrate achievements, and more.

We couldn't find much information about the origin of the two-piece best friends heart but wanted to include it in this article, since it is (or was at one point) an iconic and meaningful experiential jewelry piece for many people. Typically made in necklace form, the best friends heart features two pieces of one heart, and each piece has its own chain, so one person can wear one piece (which either said "Best" or "BE FRI"), while the other person wears the other piece (which either said "Friend" or ST ENDS"). Finally, the heart becomes "whole" again when the two "Best Friends" put their two respective pieces together. A person would gift their best friend this necklace to solidify the bond of their friendship and make it official.

Though they're not quite as popular as they used to be, class rings are still an important piece of experiential jewelry for many people who graduate from high school or college. In 1835, the students at the United States Military Academy at West Point were the first to wear a class ring when they decided that they wanted to wear a symbol of their camaraderie. Today, West Point still celebrates class rings with a Ring Weekend, during which senior cadets are awarded their West Point class ring.

Traditionally, class rings were made in gold and customized specifically for the school. Today, however, class ring manufacturers allow students to customize the ring based on their personal preferences, while the school's name and emblem remains standard in the design.

One of the most common forms of experiential jewelry is the diamond engagement ring, which a person gives his or her beloved when asking for a lifelong commitment in marriage. The history of the engagement ring is sometimes credited to ancient Egypt, but we only have proof of the tradition being practiced in ancient Rome. The idea that the ring finger contains a vein that leads to the heart was published in the ancient Roman book Attic Nights by Aulus Gellius. In the second century BC, a Roman fiance was given two rings, one made of gold for special occasions, and one made of iron for practical, at-home wear. In 1477, the Archduke Maximilian of Austria gave the first diamond engagement ring to his bride-to-be Mary of Burgundy.

A lot has changed since the 15th century. After World War I, and even more so after the Great Depression, fewer people were buying diamond engagement rings, due to the high cost. In an effort to revive sales, diamond company De Beers launched a marketing campaign revolving around the slogan "a diamond is forever"; it completely transformed the image of the diamond engagement ring and solidified it as the "gold" standard for popping the question. Only today are people actively starting to challenge the notion that the diamond is the only acceptable gemstone for an engagement ring.

Traditions around choosing, buying, and giving an engagement ring have changed and evolved over the years. These days, there are no rules. However, the gift of the diamond engagement ring is one of the most recognizable symbols of a marriage proposal, and it's a highly common type of experiential jewelry.

We love being able to add our personalized pearl necklaces to this long list of experiential jewelry examples. Would you like to know more about how you can create a new tradition and celebrate an important milestone with our necklaces? First, you choose your necklace - either with one, three, or more pearls on a 14K gold or sterling silver chain. Then, you can personalize your necklace with an engraved charm, so your recipient will always remember the occasion. Finally, you can choose to add a beautiful clasp to make the necklace extra special. Your necklace will be shipped in a signature box that includes a booklet with more information about the pearls and Add-A-Pearl in general. In the future, when you'd like to celebrate more milestones and continue your tradition, you can add more pearls to your original sentimental jewelry piece.

Posted in History of Pearl and Pearl Education

NEXT →
How to Appraise and Value Pearls and Other Jewelry Gifts 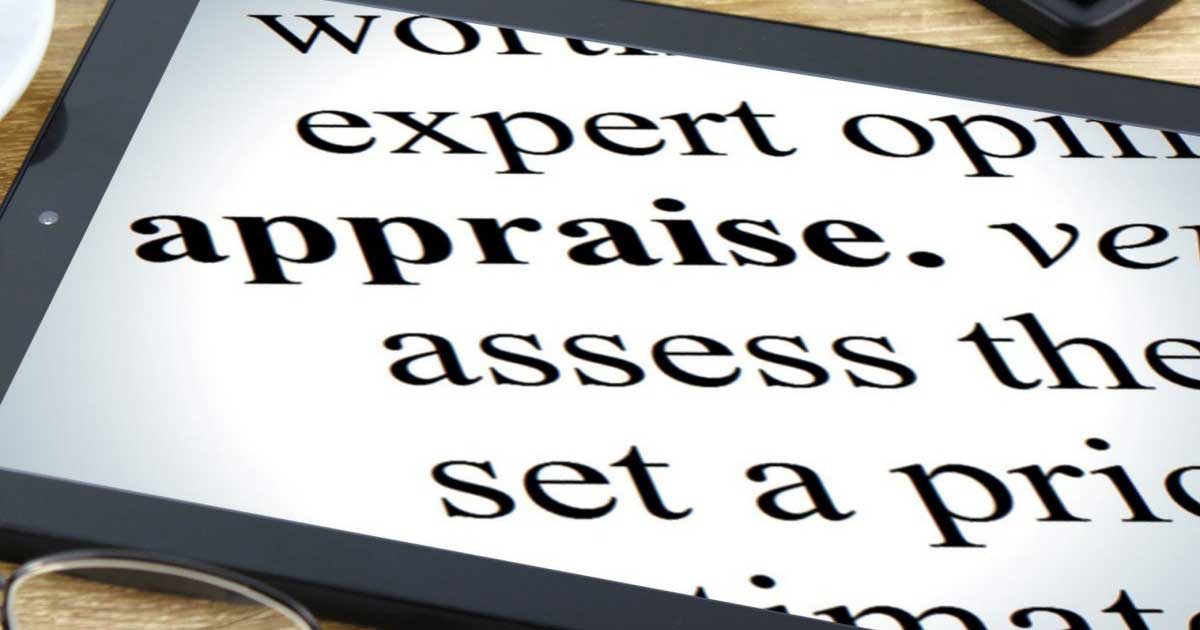