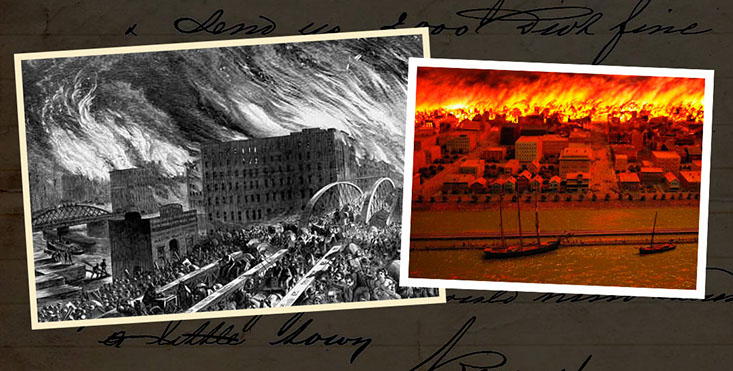 Sebastian Andersen arrived in Chicago in 1857. He had been a silversmith in Germany and shortly after arriving, met and entered into a business partnership with Paul Juergens. Soon operating as the Juergens & Andersen Company, the business rapidly expanded and the two young men sought out larger space, which was found at 117 Lake Street. It was here that the two were operating their growing business as the Great Chicago Fire of 1871 broke out. The devastating flames destroyed their shop and its contents, which totaled about $37,000.

Although the loss was a heavy blow to the men, like many other citizens of Chicago at the time, they rose from their misfortune. From the still-smoking ashes of their shop, the men managed to recover a conglomerate mass of gold and silver, which was all that was left of any value as the large stock of watches and jewelry had been consumed by flames. The gold and silver that was salvaged was taken to New York, where it was appraised with a value of $12,000.

Within a week from the day of the fire, the Juergens & Andersen Company re-established on Eldridge Court, then relocated to Jackson Street and Wabash Avenue. After another period of rapid growth, within four years the pair found it was necessary to move the store again to more spacious quarters at the northeast corner of State and Madison streets. The business would remain there for over twenty years.