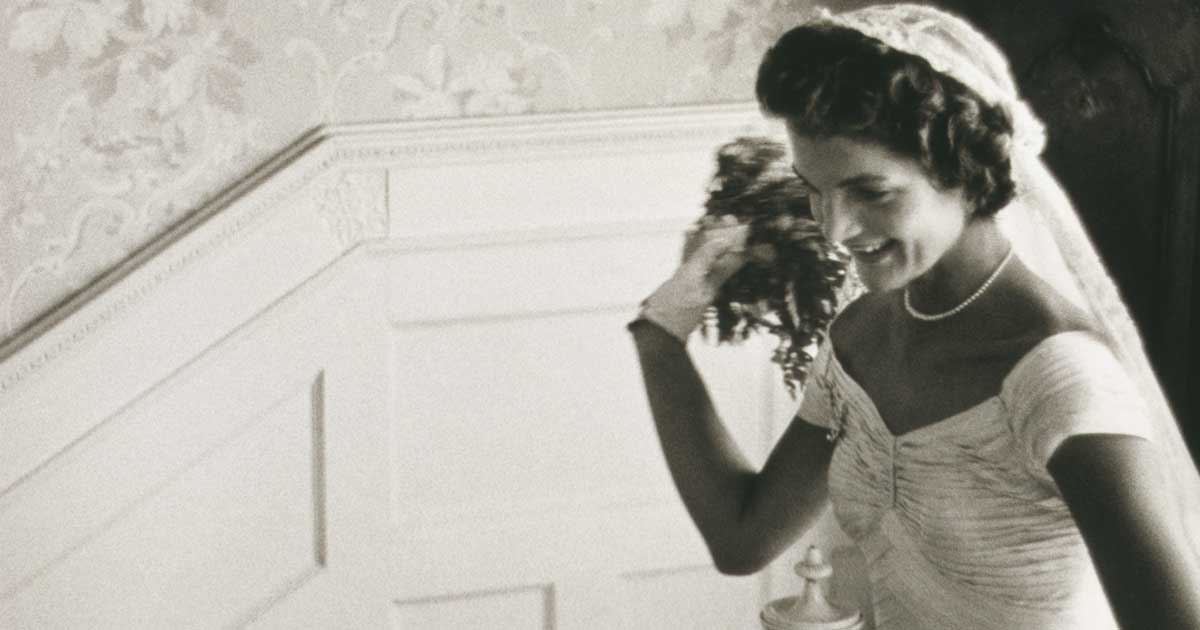 Many people today associate pearl jewelry with power, and that idea all started with Cleopatra. In one legendary tale about the Egyptian queen, she dissolved one large pearl from a pair of her earrings in vinegar and drank the solution as a way of showing Mark Anthony her power and extravagant wealth. Even in modern-day times, pearls are associated with fierce female leadership, both in the courtroom and in politics.

Who are some inspiring American female leaders who also love their pearls? In this blog post, we'll be sharing some prominent figures who also know how to accessorize their outfits for a look that communicates both professionalism and polish.

The former First Lady of the United States and wife of 35th President John F. Kennedy, Jacqueline loved pearls and wore them frequently. Even though she was a first lady, she was also a leader in her own right. Her mission was to "transform the White House into a museum of American history and culture that would inspire patriotism and public service in those who visited" (Source). In 1962, she gave a tour of the restored White House on national television, and she even won an honorary Emmy Award for her performance. She was also a great patron of the arts.

At a Sotheby's auction of her personal belongings in 1996, one of her faux pearl necklaces sold for more than $200,000. You may be surprised to discover that she had purchased those simulated pearls for $35 at Bergdorf-Goodman in the 1950s. The pearls were such an iconic look that the winning bidder was willing to spend 6,000x their original value.

Another former First Lady, Michelle Obama is the wife of 44th President Barack Obama. Not only has she served as a powerful role model for many women, but she has also advocated for poverty awareness, education, physical fitness, and more. In 2018, she released a wildly successful memoir titled Becoming, and just this year she advocated for voting by mail through her nonprofit organization When We All Vote.

One of her most memorable pearl looks was a multi-strand, layered pearl necklace by designer Tom Binns. She wore the statement piece to a White House gala event with a strapless and sequined black dress (Source). For a state dinner honoring British Prime Minister David Cameron, Michelle also wore another layered Tom Binns statement necklace with blue-toned pearls (Source).

Media mogul Oprah Winfrey has often been seen wearing pearls throughout her long and prosperous career in the public eye. Best known for her acting, her years as a television host, her philanthropy, motivational speaking, and her media empire, Oprah always has something new and exciting to share with the world. She's won many awards, including 18 Daytime Emmy Awards, 2 Primetime Emmy Awards, a Tony Award, and more.

We love this photo of her from 2013 wearing sleek pearl drop earrings or this photo of her wearing a pearl necklace with a purple blazer. With a net worth of nearly 3 billion dollars, she could buy herself any piece of jewelry her heart desires - and she still often chooses pearls for their classic and polished look.

Kamala Harris is a very accomplished and powerful woman. Most recently, she became the vice president–elect. However, her history of successfully shattering glass ceilings is also quite impressive. Not only has she served as the district attorney of San Francisco, but she's also been the Attorney General of California and a junior United States senator.

Ever since Americans learned that Kamala Harris would be their new Vice President, many articles have surfaced about her "power pearls". One article from Vanity Fair explains why Harris finds pearls to be so meaningful (Source). "She proudly wears a single-strand pearl necklace and drop earrings in her 1986 graduation picture from Howard University, where she was part of the Alpha Kappa Alpha sorority." The first Black Greek-letter sorority refers to its founding members as the "Twenty Pearls" and, upon initiation, each new member of the sorority is given a special badge decorated with 20 pearls.

Former First Lady and presidential candidate Hillary Clinton is an accomplished and powerful woman. Some of her top achievements include being the first woman to be nominated for president of the United States by a major political party and serving as a United States Senator from New York.

Hillary wears pearls often. In 1995, she was photographed relaxed and happy wearing a multi-strand twisted pearl necklace with a pink cardigan and red-framed sunglasses. In 2015, at the second Democratic debate at Drake University in Des Moines, Iowa, she wore a bold pearl choker necklace with complementary earrings. W Magazine even did a round-up of pearl styles that Hillary "should" add to her collection.

The CEO of UPS, Carol B. Tomé is an impressive woman. Before joining UPS, Carol served as Executive Vice President and Chief Financial Officer of The Home Depot, Inc., and she's the 12th CEO in the 113-year history of the company. According to one article from BizJournals, "When she started, the company had 400 stores. She helped the company complete its first acquisition of a company in Mexico and become the largest home improvement retailer in that country. Today, The Home Depot has more than 2,200 stores and revenue of nearly $100 billion."

In her official headshot on the UPS website, Carol is wearing a double-strand pearl necklace and pearl earrings with chic glasses and a black blazer.

The CEO of Synchrony Financial since 2014, Margaret M. Keane is one of only two women who lead an independently traded US bank whose value exceeds $10 billion. In the October 2011 issue of American Banker magazine, Keane was named the 15th of 25 Most Powerful Women in Finance. Fortune also named Margaret to their “Businessperson of the Year” list in 2016.

To accompany an interview the publication did with Margaret, The New York Times photographed her wearing a simple strand of pearls with a black blazer.

Julie Sweet serves as the current CEO of Accenture, a multinational professional services company. Before becoming CEO in 2019, Julie served as chief executive officer of Accenture’s business in North America, the company’s largest geographic market. Not only does she have a Doctorate degree, but she's also been named "Most Powerful Woman" by Fortune.

In her official headshot for Accenture, Julie is wearing a sophisticated strand of Tahitian pearls paired with a teal blue blouse.

A highly-respected broadcast journalist, Barbara Walters enjoyed a long and fruitful career before retiring in 2015. Walters was the host of numerous television programs, including Today, The View, 20/20, and the ABC Evening News. According to Biography.com, "During her impressive career, Walters has been honored with many awards, among them the Overseas Press Club's highest award, the President's Award, in 1988; induction into the Academy of Television Arts & Sciences Hall of Fame in 1990; the Lowell Thomas Award for a career in journalism excellence in 1990, the Lifetime Achievement Award from the International Women's Media Foundation, in 1991; the Muse Award from New York Women in Film and Television in 1997; the Lifetime Achievement Award from the National Academy of Television Arts and Sciences in 2000; and a star on the Hollywood Walk of Fame in 2007, as well as 34 daytime and primetime Emmy Awards." We love Johnny Carson's 1983 interview with Barbara; she's wearing a strand of pearls clipped in place by a sparkling brooch.

We loved learning more about all these powerful women and their accomplishments. Not only do they inspire us with their drive and determination, but they also remind us that you can be serious and still have fun with your pearls. Pearl necklaces are definitely a power accessory, and many of these women have their go-to pearls, which they wear in their official headshots, to speaking engagements, and for press appearances. Who are some women that inspire you, and are they also fans of pearl jewelry?

Posted in History of Pearl and Pearl Trends 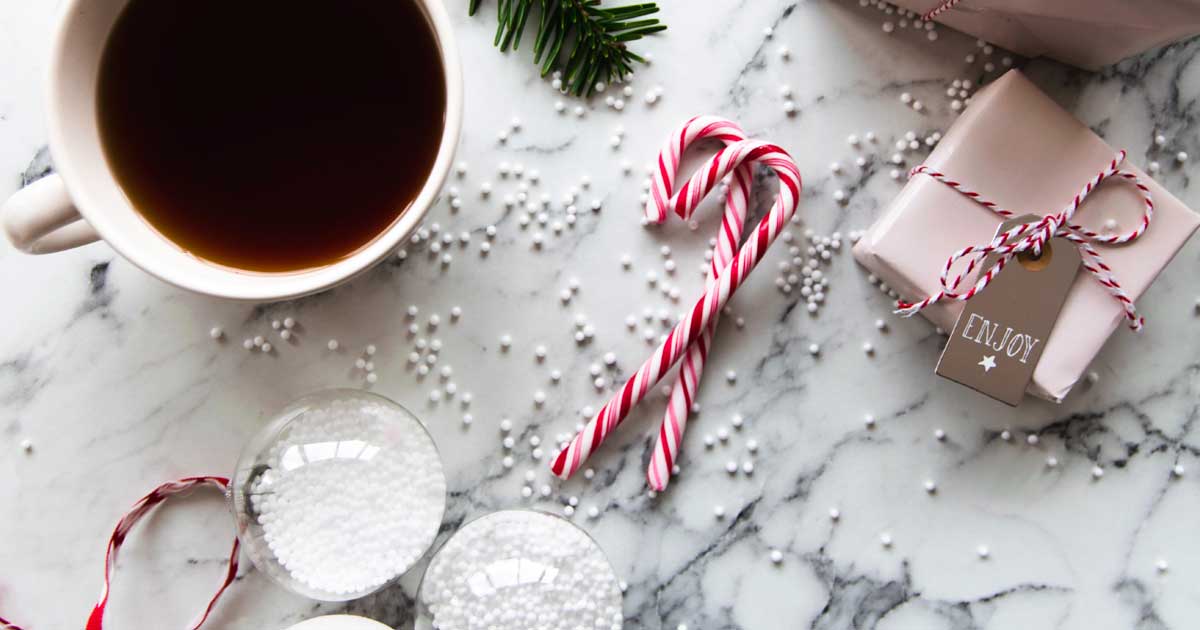 NEXT →
Trimming Your Christmas Tree With Pearls