Just like natural gas, iron, and coal, oysters are natural resources that are affected by shifts in the environment and climate. In the past, marine biologists feared that the greatest threat to oysters was overharvesting. However, researchers and oyster farmers alike are realizing that climate change, disease, and pollution are threatening the world's oyster populations, which are used for both pearls and food.

Have you ever wondered how the environment affects the creation of a cultured pearl necklace? Are you worried that one day you'll no longer be able to buy pearl jewelry because oysters have become endangered? In this article we're going to explore how climate change and other environmental factors are affecting various oyster species. Then we're going to highlight some of the people and initiatives that are helping protect oysters from harm.

Every six years since 1990, the United Nations Intergovernmental Panel on Climate Change (IPCC) has been releasing a massive study that details the current state of the Earth's climate. In February 2007, the IPCC released its fourth report, which caught people's attention with its strong, definitive statement about the fact that the Earth is getting warmer.

The report states, "Warming of the climate system is unequivocal, as is now evident from observations of increases in global average air and ocean temperatures, widespread melting of snow and ice, and rising global mean sea level."

A month later, the jewelry industry as a whole responded to this report. For their annual conference, held in Cape Town in 2007, the World Jewellery Confederation or CIBJO (an acronym for the organization's French name) chose the theme of "Delivering a Sustainable and Responsible Jewellery Industry" in an effort to address issues of sustainability in the industry. A number of industry leaders voiced their support for the Kyoto Protocol, an important agreement mandating that industrialized nations cut their carbon emissions.

Since then, not much research has been done to specifically identify how climate change is affecting pearl oysters. In fact, the pearl industry hasn't invested much money into research and development, since the process of culturing oysters is straightforward and hasn't changed for hundreds of years. However, pearl farmers worldwide are observing the effects of climate change on their oysters. In addition, reports of the effects of climate change on oysters raised for food can give us clues as to how the environment may affect pearl-producing oysters.

First, oysters are one of the first sea creatures to be affected by warming ocean waters because they can't move, and they're cold blooded. Warmer water is known to result in higher oyster mortality. According to an article from Ganoksin, "Research done by Naama Britt at the University of Haifa in Israel showed that Pinctada radiata oysters in the eastern Mediterranean thrived best in water temperatures lower than 26 C, while at 31 C the survival rate decreased, dropping to just 6 percent after four months." Even though the oysters from this study aren't the same ones that produce pearls, anecdotal evidence from pearl farmers in the South Pacific shows that higher water temperatures are linked to higher mortality rates.

Saltwater pearl farmers in particular are affected by tropical storms, which are becoming more frequent and intense, likely due to climate change. When ocean water temperatures are warmer than usual, more heat energy is available, and tropical cyclones are more likely to develop. On a farm, as opposed to in the wild, oysters are more vulnerable to natural elements like tropical storm force winds. In addition, storms bring in sediment that affects the water chemistry.

Furthermore, tropical storms directly affect farmers, their equipment, and their community. When a devastating tropical storm tears through a region that's economically dependent on pearl farming, they may suffer while trying to rebuild homes, replace damaged equipment, and recovery from any injury or other loss.

Pearl farmers must also contend with rising sea levels and increasing salinity. On islands where pearl farming occurs, communities are affected by the loss of shoreline, flooded wetlands, and more. These issues may not directly affect the oysters, but they impact the pearl farmers and the local economy. In addition, tropical waters have become saltier over the past four decades, and "salinity has been shown in multiple studies to have a direct effect on the growth rate of pearl oysters, with salinity levels in excess of 40 parts per thousand shown to slow growth significantly" (Ganoksin).

Though we know relatively little about how climate change is affecting pearl-producing oysters, we do know more about how it's impacting oysters that are farmed for food. In 2006, a mysterious epidemic was decimating baby oysters all over the United States. First, one shellfish hatchery in Oregon lost 80% of its cultured larvae, and soon after a hatchery in Washington experienced a similar loss.

After two years and many more losses, scientists were able to discover the reason for the oyster larvae die-off: the ocean water had lower levels of carbonate ions than usual, and the larvae were no longer able to use those ions to help them build their shells. So what was the issue? The oysters were one of the first victims of ocean acidification, "a climate change-related process that is gradually lowering pH levels in the water that covers 97 percent of the earth", according to this article from New Food Economy.

Even the oysters that survive ocean acidification may have a lower nutritional value and even be unsafe to eat. Research conducted at the University of Plymouth, United Kingdom found that increased temperatures and CO2 levels could significantly reduce oyster's levels of proteins, lipids, and carbohydrates. The researchers also "observed important changes to essential mineral composition, adding that the enhanced accumulation of copper in Pacific oysters may be of future concern in terms of consumption safety."

In addition, oysters have been devastated by disease like Ostreid herpesvirus 1 or Pacific oyster mortality syndrome (POMS), which can infect up to 95% of an oyster crop. Affecting pacific oysters specifically, this disease does not affect human health but can be devastating to commercial oyster growing areas. In 2010, New Zealand lost half of its farms to POMS.

So what exactly is being done to help oysters and to ensure that they'll be around for pearl farmers to cultivate and for shellfish fans all over the world to continue enjoying them as food? Scientists and non-profit organizations worldwide are brainstorming some unique and innovative solutions that will hopefully help protect oysters and make them more prepared for surviving the negative effects of climate change.

The online publication Ozy recently profiled Joth Davis, a scientist who's attempting to breed "super" shellfish. At the National Oceanic and Atmospheric Administration research center in Manchester, Washington, Davis and his team unveiled the results of their efforts to develop oysters that can withstand disease and climate change. Through special breeding processes, the team will be able to uncover genes "that will result in potentially high-yielding, disease-resistant specimens that can thrive in a variety of locations using less space than usual." We look forward to hearing more about the results of these efforts.

Today, oysters are even helping to save themselves and protect against the negative consequences of climate change, like land erosion and ocean acidification. Projects like the Billion Oyster Project are helping to restore and rebuild oyster reefs, which protect shorelines from erosion and rising tides. Even though ocean acidification is making it harder for oyster larvae to survive, oysters can actually help clean and neutralize the water. The Billion Oyster Project is facilitating the collection of 10,000 pounds of discarded restaurant shells per week. They are then brought to a hatchery where larvae mix with the shells. The ultimate goal of this project is to put 1 billion live oysters across 100 acres of reefs by 2035.

If you enjoy Akoya pearl necklaces and other cultured pearl jewelry, especially from saltwater sources, then you need to be aware of climate change and how it's affecting the world's oyster populations. You may feel powerless and like there's nothing you can do to improve the situation. However, you can do your part to reduce carbon footprint. For example, you can try driving less and carpooling, biking, or walking more often. You can properly recycle any plastic, paper, glass or metal - and even try to reduce your consumption of packaging in general.

Finally, you can switch to sustainable, clean energy in your home and be more mindful of your energy use. By educating yourself and supporting organizations that promote sustainable initiatives, you can help ensure that pearls will continue to be available for many years to come, so you can buy meaningful jewelry gifts for your loved ones. 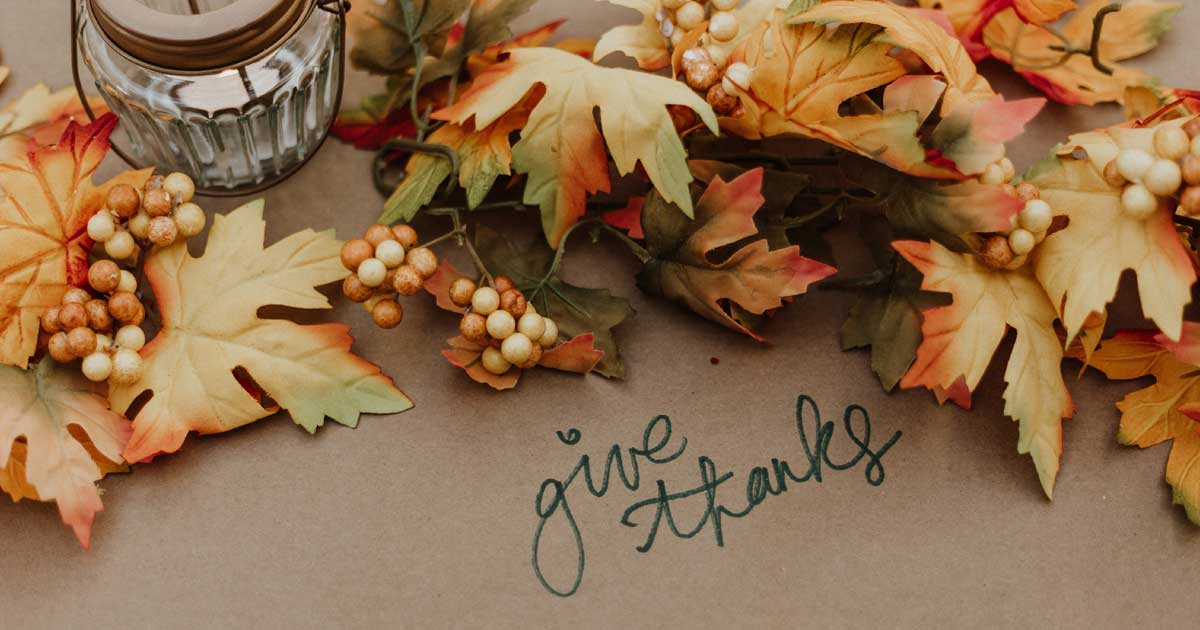 NEXT →
The Symbolic Meaning of Pearl Colors 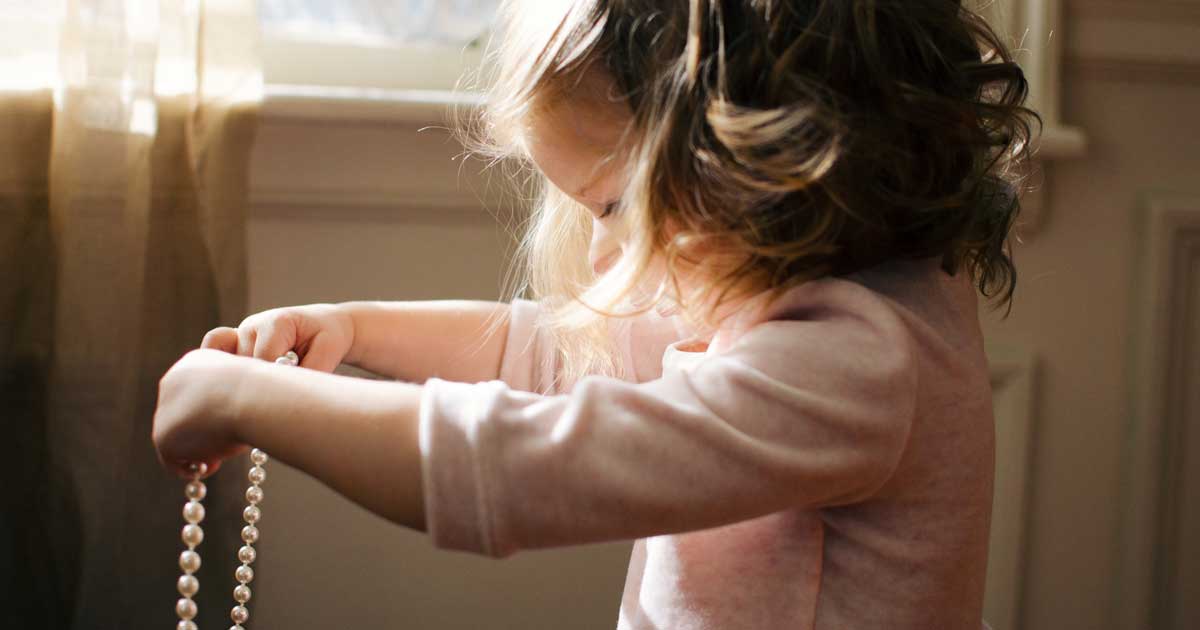