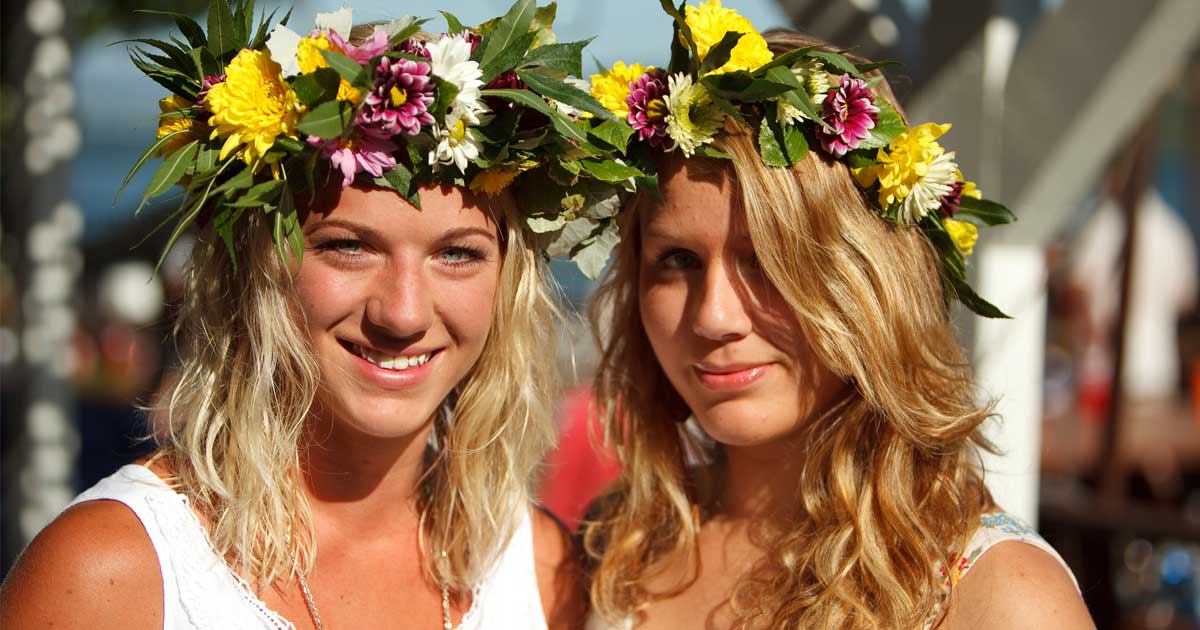 Author Charles Bowden once wrote, "Summertime is always the best of what might be." Many people all over the world agree with his sentiment, taking advantage of summer as a time to indulge in warmth, relaxation, and joy. We're fascinated by all the ways that different cultures celebrate the summer season, and we'd like to share some of those festive traditions with you. Continue reading to learn more about summer celebrations from all over the world.

If you'd like to see a culture celebrate the summer season with unrivaled enthusiasm, then you'll definitely want to visit Sweden during the country's Midsommarstång festivities in mid June, which are some of the most important events on Sweden's official calendar. Given that average winter temperatures in Northern Sweden range from freezing to -22 degrees Fahrenheit, we're not surprised by the Swedes' appreciation for the warm summer months! Uniting Swedes of all ages, these festivities involve eating traditional foods like pickled herring and salmon, dancing, wearing flower wreaths, dancing around the maypole, and more.

Every year on the summer solstice, June 21st, visitors from all over the world gather at the Stonehenge monument in Wiltshire, England and wait to view the sunrise. When the sun comes up over the horizon, it rises behind the Heel Stone, and its first rays shine into the center of Stonehenge. According to the English Heritage website, "The people who built Stonehenge were farmers, herders and pastoralists and so the changing seasons would have been of immense significance" (Source). As a result, they needed a way to track time. Today, many of the people who visit Stonehenge on the summer solstice dress in white robes and participate in pagan rituals to make the beginning of a new season.

The Latvian summer celebration Jāņi may look like the Swedes' Midsommarstång, since the Latvian girls also wear flower crowns. However, Jāņi - named after John the Baptist - features its own unique traditions. To celebrate, the Latvian people burn all-night bonfires (and stay awake until dawn to watch them), go to the sauna, drink beer, eat homemade caraway cheese, decorate their homes with plants, and more.

If you were to visit Austria in the middle of June, you could ride a cable car to a mountaintop in the Wilder Kaiser region of Tyrol. From that vantage point, you'd be able to check out a panoramic view of the bonfires lighting the mountainsides. A tradition dating back to the Middle Ages, the annual bonfire lighting is kept alive by local clubs and organizations, who climb into the mountains to stoke the dramatic flames. According to the official website of the Tyrol region, "Shortly after nightfall these fires are set ablaze and illuminate the mountains to create a mystical atmosphere. These spectacular fiery scenes depicting secular and Christian motifs and symbols can be seen in June" (Source). It sounds so magical - but also dangerous!

During the first week of August, the people of Aomori, Japan celebrate the Aomori Nebuta Matsuri Festival, which attracts many tourists from all over the country and even other parts of the world. Nebuta is the name of a brave warrior figure, who's represented by an elaborate parade float that's carried through the center of the city while dancers surrounding the float wear a unique type of colorful costume called a "haneto". Following Nebuta and the dancers are other stunning lantern floats and musicians playing large taiko drums. No historians can agree on exactly why and when the festival originated, but it most likely evolved out of traditional spiritual ceremonies.

Celebrated in the small town of Killorglin in County Kerry, Ireland, the Puck Fair gets its name from the word "poc", which means billy goat. Legend has it that the event celebrates a wild goat that acted heroically during the Cromwellian conquest of Ireland in the 1600s. To honor the goat's bravery, "the people of Killorglin choose one mountain goat each year and crown him 'King Puck' for the duration of the 3-day festival" (Source). What a lucky goat!

On the last Wednesday of August, thousands of tomato enthusiasts travel to the village of Bunyol, Spain to experience La Tomatina, an event like no other. At this messy event, considered to be the largest food fight in the world, participants pelt each other with approximately 150,000 over-ripe tomatoes. No one knows the exact origin of this tradition, but some people believe it was inspired by some young people who threw tomatoes during a parade in 1945. After the food fight, firefighters wash the streets - and even the people - with hoses!

Americans may celebrate love and romance in mid-February, but the Eastern Europeans honor cupid in the middle of summer during Ivan Kupala Day ("kupala" comes from the same word as "cupid"). In the Czech Republic, Poland and Slovakia, this holiday is celebrated alongside the summer solstice, and in Belarus, Russia and Ukraine, it's celebrated in early July, in accordance with the traditional Julian calendar. Traditionally, on this day young, unmarried women would float floral wreaths in the river. Eager bachelors would try to catch the flowers in an effort to claim the women's affections. Bonfires also play a prominent role in the celebrations.

Did you know that Fairbanks, Alaska experiences a period of almost complete daylight between April 22nd to August 20th? During this time, the sun never seems to set, even in the middle of the night. Not only do people enjoy recreational outdoor activities during the wee hours, but they also celebrate some fun traditions. For example, you can find the Midnight Sun Game, which is a late-night amateur baseball game that's been held in Fairbanks for more than a century. Some famous baseball plays have even made guest appearances on the baseball diamond!

One of our favorite ways to celebrate summer is to wear - and gift - pearl jewelry. Lucky people born in June get to elevate their summer celebrations with a lustrous treasure. Along with alexandrite and moonstone, pearl is the birthstone of June, one of only three months with three birthstones. Have you ever wondered how the pearl became June's official birthstone, heralding the warm summer months to come? In 1912, the (American) National Association of Jewelers - now called Jewelers of America - decided to create an official list, which was adopted from birthstone traditions dating back to the 15th century. In 1952, the Jewelry Industry Council of America updated the list, and a few new birthstones have been added over the years. A cultured pearl necklace is the perfect gift to give someone who celebrates a birthday in the summer solstice month.

Birthdays aren't the only summer tradition where pearls take center stage. Many people don't realize that June is not only a popular wedding month for its favorable weather. In fact, it has remained a popular wedding month for centuries, since the goddess Juno (the namesake of June) is believed to protect women in marriage and childbirth, and marrying in June is considered good luck. Of course, pearls naturally complement bridal gowns. The perfect gem for a white wedding celebration, pearls can be incorporated in bridal jewelry, hair accessories, wedding favors, floral arrangements, cakes, and more.

Home to the pearl but noteworthy on its own, the oyster is celebrated at dedicated food festivals throughout the world, especially during the summer months. According to this list of the "9 Best Oyster Festivals in the World", four of the top nine happen during the summer months - in New Orleans, South Africa, Canada, and Ireland. At these festivals, oyster fans get to enjoy activities like oyster shucking competitions, oyster eating contests, live music, oyster tastings, oyster pearl hunts, sailing regattas, and more. These festivals sound like heaven for the oyster-loving foodie!

What are some of your favorite ways to celebrate the summer? Do you have your own beloved traditions, and which traditions would you like to tack on your bucket list? We suggest adding a new pearl to your Add-A-Pearl necklace for every new summer season. As you collect your pearls, you'll also honor all the precious memories associated with them and carry them with you through all the seasons. Summer is a time to spend with loved ones. Even though solstice festivities may look a little different this year, you can still embrace all the warmth and joy that summer has to offer.

← PREVIOUS
4 Classic Fiction Books with "Pearl" in the Title 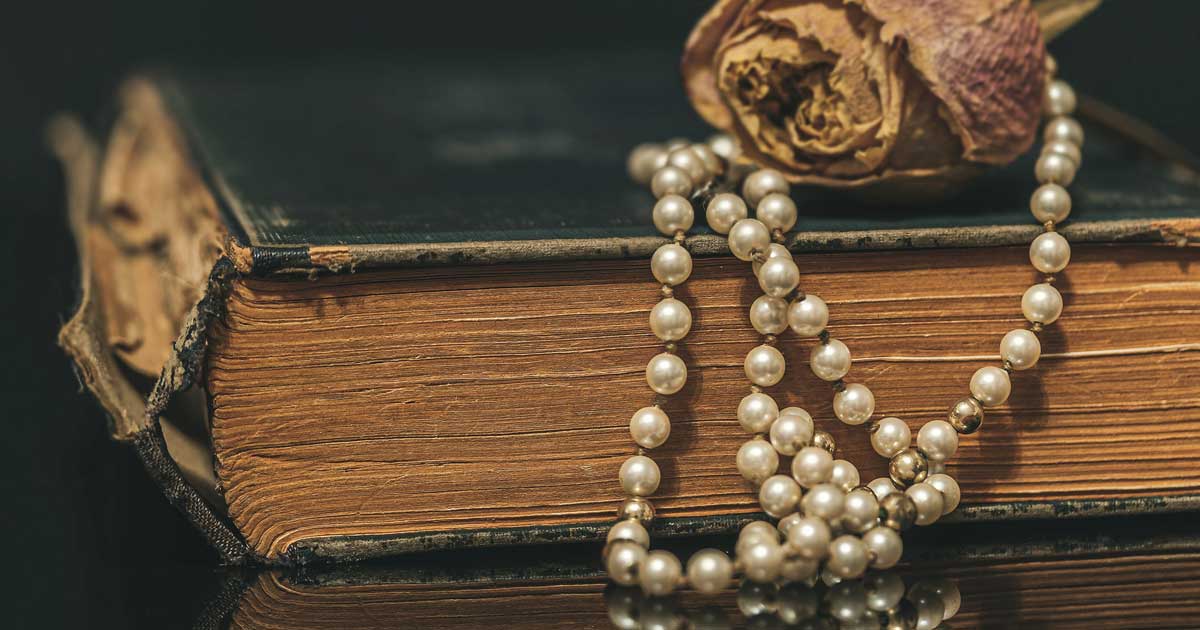 NEXT →
Tips for Traveling the World With Pearl Jewelry 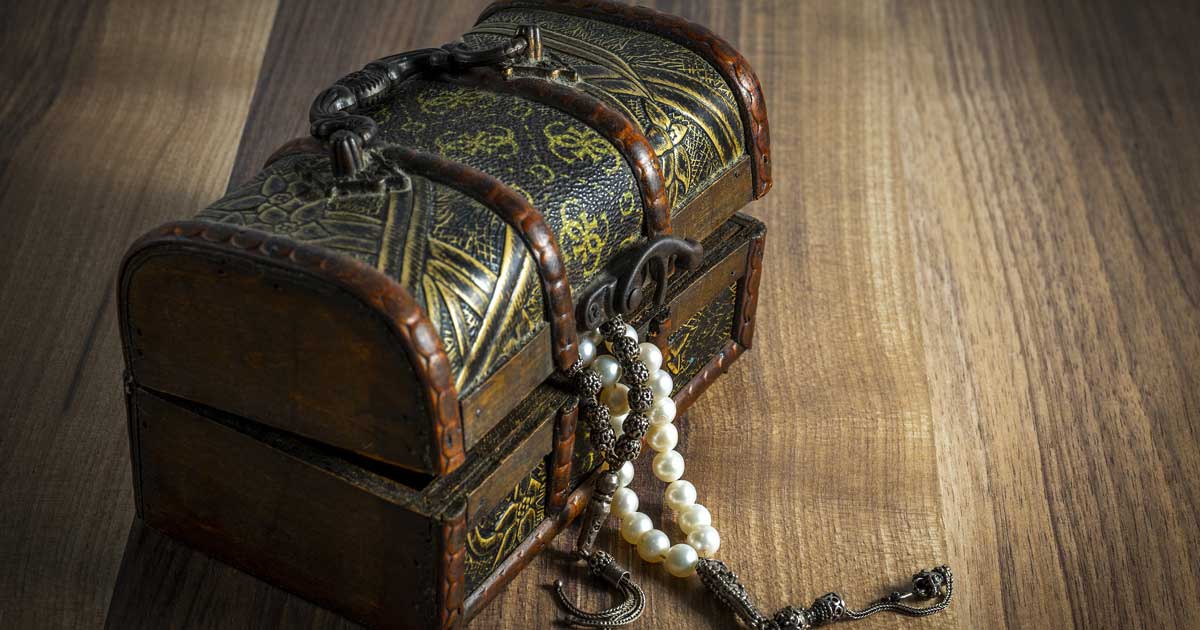